Letting go of the past can be a challenge.  We’d like to think the music we grew up with was the very best and most innovative.  To some extent it can be argued that certain songs and musical works set a standard that might never again be achieved.  Mozart’s innovative symphonies and operas are held up as examples of classical innovation.  At least that’s what I learned in a “Classical Masters” course many years ago.  Duke Ellington and Miles Davis were innovators and giants of jazz.    Their music is still regarded among the best in that genre.

When modern orchestras and opera companies perform Mozart’s works, they may tweak portions here and there, but the result is still the same breathtaking music that we can only assume sounds the way it did in its original form, perhaps taken to new sonic levels through vastly improved acoustics or recording technology.  When contemporary jazz ensembles perform the music of Ellington or Davis, we anticipate new, uncharted improvisation, for that is the very essence of jazz.

In popular music, we cling to the past more than ever.  Who can top Sinatra’s interpretation of the American songbook?  Tony Bennett perhaps?  Who can surpass Elvis and his Jailhouse Rock?  No one else has ever done it justice, though I must confess I’ve enjoyed the Jeff Beck Group’s cover of it on their 1969 Beck-Ola album.  Or how about any originals by the Beatles or Dylan?  There are some “prettier” covers of Dylan tunes that have been released, but the originals still endure.

A music video has been circulating on Facebook recently, linked from within a “Society of Rock” online music zine article.  The video is Simon & Garfunkel performing Sound of Silence in a 2009 reunion performance at Madison Square Garden, fifty-two years after they first introduced the song.  It’s usually accompanied by comments like, “Nothing beats the original,” or something similar.  The zine article that many ignore is about this year’s Grammy-nominated, live cover of Sound of Silence performed by the metal band “Disturbed” on Conan O’Brien’s late night television show.

While the band’s name and heavy metal music may be disturbing to some, Disturbed’s live performance of Sound of Silence was one of those “Oh, my!” moments that made me wonder why I don’t listen to more metal music.  Granted, nothing can approach the seamless, soaring harmonies of Simon & Garfunkel in their 2009 performance.  But for me, the orchestral crescendo backing the unique vocals of Disturbed’s singer, David Draiman, snatched away any preconceived notion that there are no other ear-worthy versions of that song.  I’m only sorry it didn’t win the Grammy for Best Rock Performance.  It might have led to a greater appreciation for the original artists by Disturbed fans too young to remember them.

Here are both performances, snatched from YouTube, so you can watch as well as listen.  Simply click on each of the links below to enjoy.  If there’s a favorite cover version of a song you like, feel free to share it in a comment. 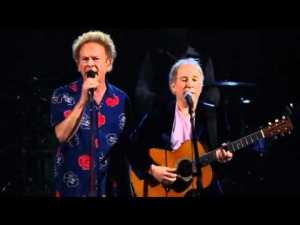 7 thoughts on “Disturbing the Silence”